In case anyone had doubts : we are fully operational in Dominican Republic. Make sure to book your next vacation now .

Most islands are either open for business or plan to be by Thanksgiving.

Make no mistake: Puerto Rico is in the middle of a humanitarian crisis. Ninety-five percent of the U.S. territory remains without electricity, and 53 percent lack access to potable water. The crisis won’t be over for high season. For other Caribbean islands impacted by Hurricanes Irma and Maria, the story is more hopeful. Several islands still have work to do, but most would tell you: They’re open for business. And if they’re not quite yet, they plan to be soon.

A number of Caribbean hospitality businesses have been tracking the progress of affected islands, providing regular updates on the conditions of airports, hotels, utilities, and facilities. Here’s where the islands stand.

While Hurricane Maria devastated Puerto Rico, neighboring Cuba felt the brunt of Irma, which wrecked parts of the communist nation’s already decrepit infrastructure. Major travel points, including José Martí International Airport, weren’t as affected and were prioritized in recovery efforts. The island’s main airport re-opened on September 12 and reports full service this week with very low delays. Royal Caribbean also announced Havana’s cruise port was open, including for Empress of the Seas‘ call in early October. Still, many parts of the island are without power and running water. The U.S. State Department also issued a travel warning since Irma hit Cuba, following a mysterious attack on American diplomats in Cuba, though tour operators insist visitors are safe.

“We are open and welcoming visitors,” Racquel Brown, CEO of the St. Kitts Tourism Authority, said in a release on Travel Agent Central. A New York Times report says St. Kitts was relatively untouched by the storms, and most hotels are in good shape.

The USVI’s main airport, Cyril E. King Airport, on St. Thomas, reopened to commercial flights on September 28, and Rohlsen Airport Terminal on St. Croix is working to reopen October 5. In terms of infrastructure, the U.S. territory has a ways to go.

A FEMA daily report from October 4 lists 90 percent of roads as cleared, and 29.2 percent of cell service restored. While the West Indies Management Company (Wimco), which deals with luxury real estate, lists a smattering of hotels and restaurants open for business, one travel expert, who asked to not be named, told Condé Nast Traveler that along with Puerto Rico, the USVI and BVI were “just in a standstill” and, during recuperation, she was directing clients to other islands through the end of 2017.

Commercial flights have resumed to Virgin Gorda, but Irma devastated much of the BVI. Sharon Flax-Brutus, BVI director of tourism, told the New York Times in a September 22 statement that many homes lacked roofs, and electricity and cell service were cut off. Wimco does not expect any villas to be open on the luxe islands until 2018.

“The scramble is on to rebuild for the winter high season,” according to the New York Times. Wimco says St. Barts will be “open for business” in November; hotels, however, do not appear on that same track. Eden Roc, Hotel Christopher St. Barth, Hotel Le Toiney, and Le Guanahani all recently shared Facebook posts that say they will not be open for the beginning of high season in November, while Le Guanahani specified it would reopen in summer 2018. Other places say they will open by Thanksgiving 2017 on Wimco, but resorts may not necessarily hit their target dates.

Hurricane Irma wrecked St. Martin’s famed Princess Juliana International Airport, but officials announced it will reopen to commercial flights on October 10. Resorts are racing to repair damage, but some have canceled reservations through the end of 2017.

Antigua was mostly spared by the massive storms, but neighboring Barbuda was flattened by Maria. Nearly 90 percent of homes were destroyed, but Barbuda had fewer than 100 hotel rooms in total, so the impact on Barbuda’s tourism is not quite as far-reaching as on other parts of the Caribbean.

The Wimco report from October 4 says Anguilla will be “open for business” in November. Flights are running in and out of Clayton J. Lloyd International Airport, and all roads are cleared. The New York Timesupdate from September 22 paints a less optimistic view, saying 90 percent of the island’s electrical grid was damaged. Travel Weekly reports that several hotels hoping to open in October and early November have already pushed back deadlines, while others are aiming at more conservative holiday or early 2018 openings.

Grank Turk’s cruise port remains closed after the island suffered significant damage. Amanyara, Grace Bay Club, West Bay Club, The Palms, The Sands, and The Shore Club have all reopened, according to Travel Weekly. Providenciales, where 90 percent of the population lives, has had water and power restored.

According to an October 4 report in The Guardian, Dominica remains “in tatters.” Hurricane Maria snapped communications towers and shredded roofs on the island of 71,000 residents. Approximately 90 percent of structures were destroyed, according to government officials.

It’s business as usual in Aruba, the Bahamas, Belize, Curaçao, Grenada, Guadeloupe, Jamaica, Martinique, Mexico’s Yucatan region, St. Vincent and the Grenadines, and Trinidad and Tobago, although Tropical Storm Nate appears to be bearing down on eastern Mexico and could make landfall as a hurricane this weekend.

Even our golf courses need a Summer break!

Jun 26, 2017
Casa de Campo is the top golf resort in the Caribbean and to stay that way our beautiful courses need to clo ...
Continue reading 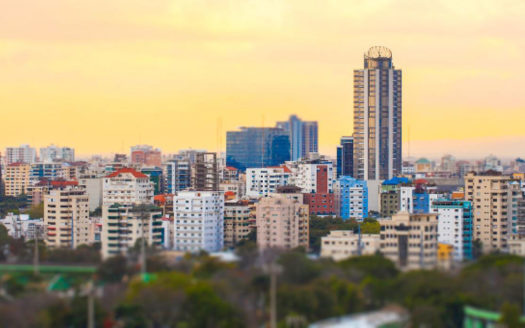 May 29, 2017
Read the full report here about the Success Story of the Dominican Republic from a Risk Management point of view. h ...
Continue reading
Welcome to Luxury Resort Properties
Sign into your account
Create an account
Reset Password
Register here! Forgot password? Back to login Back to login